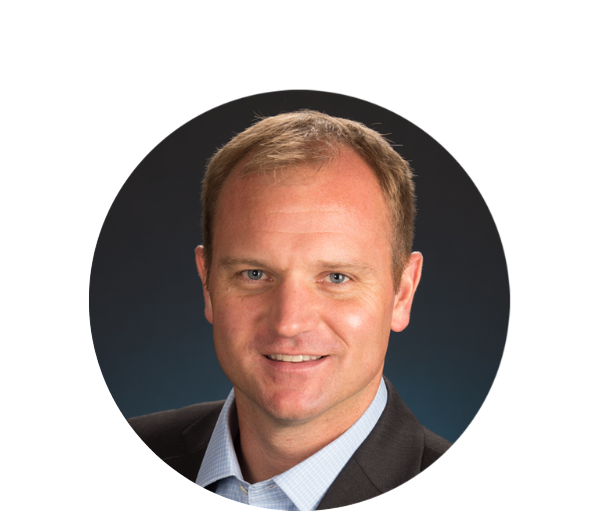 At First Capital Trust Deeds, we run background checks to underwrite private money and hard money loans, especially when working with a new borrower for the first time. Background checks have helped us discover some red flags or helped fill in the information gaps when something in the conversation with a potential borrower didn’t seem right and we couldn’t figure it out but knew something was off.

Below, are some examples of what background checks have uncovered and how it influenced the underwriting decisions.

A few years ago, a commercial Realtor in Los Angeles we’d worked with in the past referred his buyer to FCTD for private money bridge financing on a mixed-use property. The buyer was turned down for institutional financing by 3 different companies, which raised a red flag. During the conversation, the borrower claimed he didn’t know why he was getting turned down for financing. (Narrator: he did know but didn’t want to tell us).

Running a background check during the call solved that mystery.

“Until the tax liens are released, we won’t have any family offices or trust deed investors who will do this loan either.”

“I don’t want to work with you. You are digging too much into my personal business.”

And there you go. That’s why institutional lenders weren’t doing the loan. One million dollars in state and federal tax liens with no intention of paying them are not something we wanted to get involved in. Nor, did any of the other lenders who looked at this loan.

FCTD had a situation within the past year where someone called in claiming to own a free and clear apartment building on the east coast valued at $4,000,000 and were requesting a $1,200,000 private money bridge loan.

Something in the phone conversations with the potential borrower were slightly off. This person was new to us, finding FCTD.com on a Google Search, so we didn’t have a history with them. That in itself isn't a red flag. It's the combination of new person and the sense that something was not quite right.

When in doubt, run a background check on the borrower.

Sure enough, there it was. A mug shot from a conviction on a similar scam for $100,000 from 2-3 years ago that matched the driver’s license the borrower sent in with their loan application, phony rent roll, insurance, property management agreement.
(Give this person credit, they did a great job creating fake documents that looked legitimate).

A second background check on the LLC that actually owned the apartment building, showed a different owner who lived out of state.

FCTD contacted the Escrow Officer who then contacted the police where it eventually led to the local FBI field office running with the investigation, setting up a sting and arresting the attempted borrower.

Attempting a $1,500,000 Cash-Back Purchase on a Portfolio of Commercial Buildings

Something was off from the very first call with the borrower, but I couldn’t put my finger on it. I didn’t want to bother starting due diligence until the borrower sent over requested financial statements, including Rent Rolls, Operating Statement, Personal Financial Statement, Bank Statements, Entity Documents, Property Management Agreement, etc.

The conversation was not a normal call with a commercial property owner where they know their numbers and mention the NOI (Net Operating Income) on their properties. These conversations were marketing pitches with words like "tremendous" and "strength" rather than actual numbers being discussed, like an investor would have with the banker.

It didn’t make sense to me why the borrower said they were strong financially and the building cashflows were tremendous but they wanted to go with private money financing at 10-12% rates. No strong investor with great cashflow takes 10-12% loans if they could go to their community or regional bank and get 4-6%. That didn’t make sense.

The borrower presented the transaction as a cash-out refinance where they’d net over $1,500,000 across the portfolio.

The problem was, as the background check revealed, they didn’t own any of the buildings and were attempting to buy the properties, putting no money down while getting $1,500,000 cash-back at closing.

It all made sense!

No wonder they were okay with 10-12% rates and why the conversation seemed off from the very start.

Prior convictions for financial crimes don’t necessarily exclude a borrower from obtaining a private money loan.

After running a background check on a new borrower, FCTD placed the loan with a family office that was comfortable funding a blanket loan on a few rental properties even though the borrower had a prior financial crime conviction. When that 12-month bridge loan matured, we were even able to refinance the loan with a NonQM lender whose secondary market investor also accepted the prior conviction.

However, not all private money lenders and NonQM lenders, or their secondary market investors, are okay with previous financial crime convictions.

This is important when the exit strategy is to refinance the loan rather than sell the property. As brokers, we need to know how to get the borrower (and trust deed investor) out of the bridge loan and into long-term financing.

There have been a few times where criminal convictions or current criminal charges have appeared on a background check.

One situation stands out from five years earlier before we ordered background checks on all new borrowers, since, at the time, our go-to institutional private money lender always ordered them for us.

We received a call from a California real estate investor who wanted to pull $35-45K out of their rental property. The borrower said they wanted to remodel the property when the tenants moved out in the next month.

It turned out the tenants had another 10 months on their lease and that the money was being used for personal legal bills and to pay back a friend who provided money for the bail bond. Our business purpose bridge loan became a consumer bridge loan with an entirely new set of regulations that needed to be followed.

A background check would have revealed the active criminal charges and we would have had a better understanding what the actual use of funds were for (consumer purpose). We also would not have done the loan.

This loan led to FCTD signing up for background check service and using them for new borrowers.

Too Many Rental Properties Burning Down

A background check on a potential new borrower revealed several lawsuits from different fire insurance companies, which was strange. It’s one thing to have a few small fires on properties over the years, but to be sued by several different insurance companies seemed like a trend.

Back in 201, we were placing a $1.5 million loan on a vacation rental The borrower had 3 DUIIs over the past decade, including two in the last five years. The private money fund we placed the loan with ran a background check and said “No” to the loan on the account of too many recent DUIIs. They didn’t want to deal with the borrower getting a third DUII conviction and serving jail time, which could lead to a default on the payments.

The examples above stood out because the background check filled in the information gaps that the potential borrower was hoping to conceal in obtaining a private money loan.

Borrowers think they can pull off a scheme with a private or hard money lender because in theory, it’s just an equity-based loan with no credit, asset, or background checks. Whereas they know that banks and institutional lenders will discover the missing pieces to the puzzle and deny the loan.

Fortunately, we have originated 2,500 private money loans over the years and have a sense when something doesn’t sound right on a call with prospective borrower. We may not be able to immediately put a finger on it, but we proceed with caution until we can put the piece of the puzzle together.

Running a background check upfront, along with credit reports, save everyone, from the mortgage broker and trust deed investor, time, money, and future headaches.

Why a Blanket Loan Can Benefit Landlords

A blanket loan is a mortgage used to finance more than one property. It can be utilized when investing in rental...